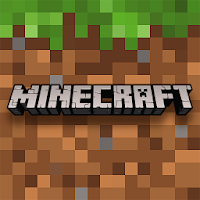 Welcome to apkgame.com! You want to play, here are all! The Minecraft APK game brings together the world's best creators and massive gameplay content. Quickly start an adventure with your friends!

Minecraft is known as the world ’s first sandbox game. The game world does not look exciting at all, but this is a free world. In this world, you can create anything, including the environment in the game. Here , You are God. Some people say that in this game, you only need to engage in two operations: construction and destruction. You can use the various cornerstones provided to you in the game to create all kinds of things and use your imagination. You can build houses, build castles and even cities.

This 3D first-person sandbox game does not have a gorgeous picture and pays more attention to gameplay. Players are doing two things "construction" and "destruction" in the game. They can be combined and pieced together by building blocks like Lego. It is easy to create cabins, castles and even cities. Both the city in the sky and the underground city can be realized.

Random world; can build anything as long as you can imagine; there are 36 different basic blocks; using wireless network can build a new world with friends.

1. In the survival mode, there is a sentence: "To get rich, first roll the tree", yes, tree cutting is a very important link. By cutting the tree, we can create the most basic workbench in the backpack Use the workbench to make various other tools. Of course, you'd better choose a map with villages, such as Map Seed 999.

2. Next, you need to build a wooden pickaxe, dig stones, and then make stone tools and furnaces. It is best for novices to first adjust the difficulty in the menu to the lowest.

3. If you are best in the village, if you are not, you need to build a house for yourself, and then kill the sheep to make the bed.

These are the most basic, and then you can dig various mines and build various powerful tool armor!

1. Coal mine, used for burning in the furnace (burning time is much longer than wood), and can also be used as a torch.

3. Gold mines, like iron mines, have to be smelted and can also be used as power rails. However, the hardness of the gold pick is not enough to dig iron mines.

4. Diamond mine, the most cattle ore, does not require smelting, can make the most cattle equipment, but it is very rare, it is recommended to dig near the bedrock (it is best to go up 8 grids after digging the bedrock layer and then excavate, you can Reduce the chance of digging into magma).

6. The emerald mine is only available in version 0.9.0 and above, and can be used to trade with villagers after version 1.0.4

Steve is a user-operated role. The default player is called "Steve".

The default player's skin has brown hair and blue-violet eyes, wearing a blue-green shirt, a pair of blue pants and gray-black shoes.